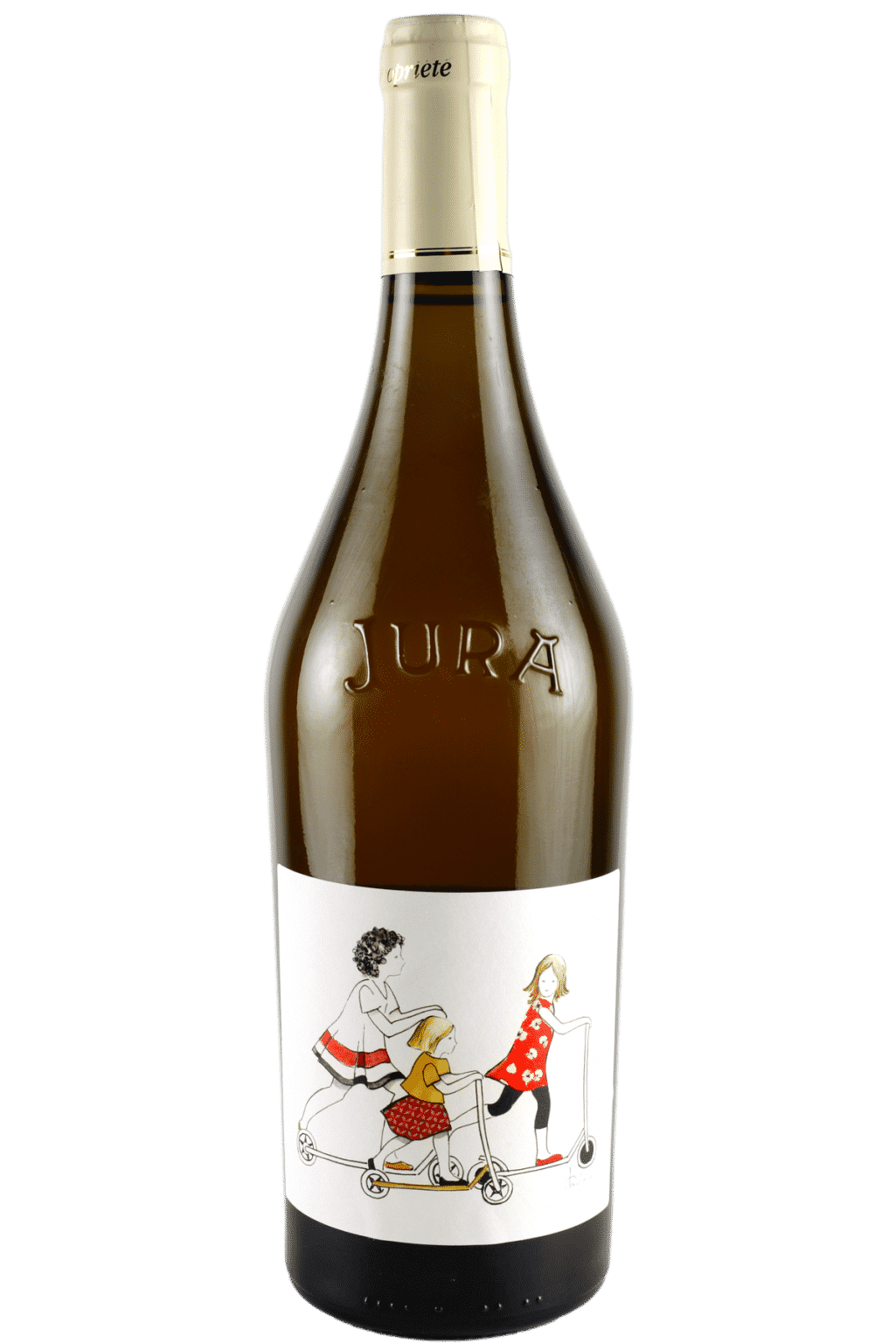 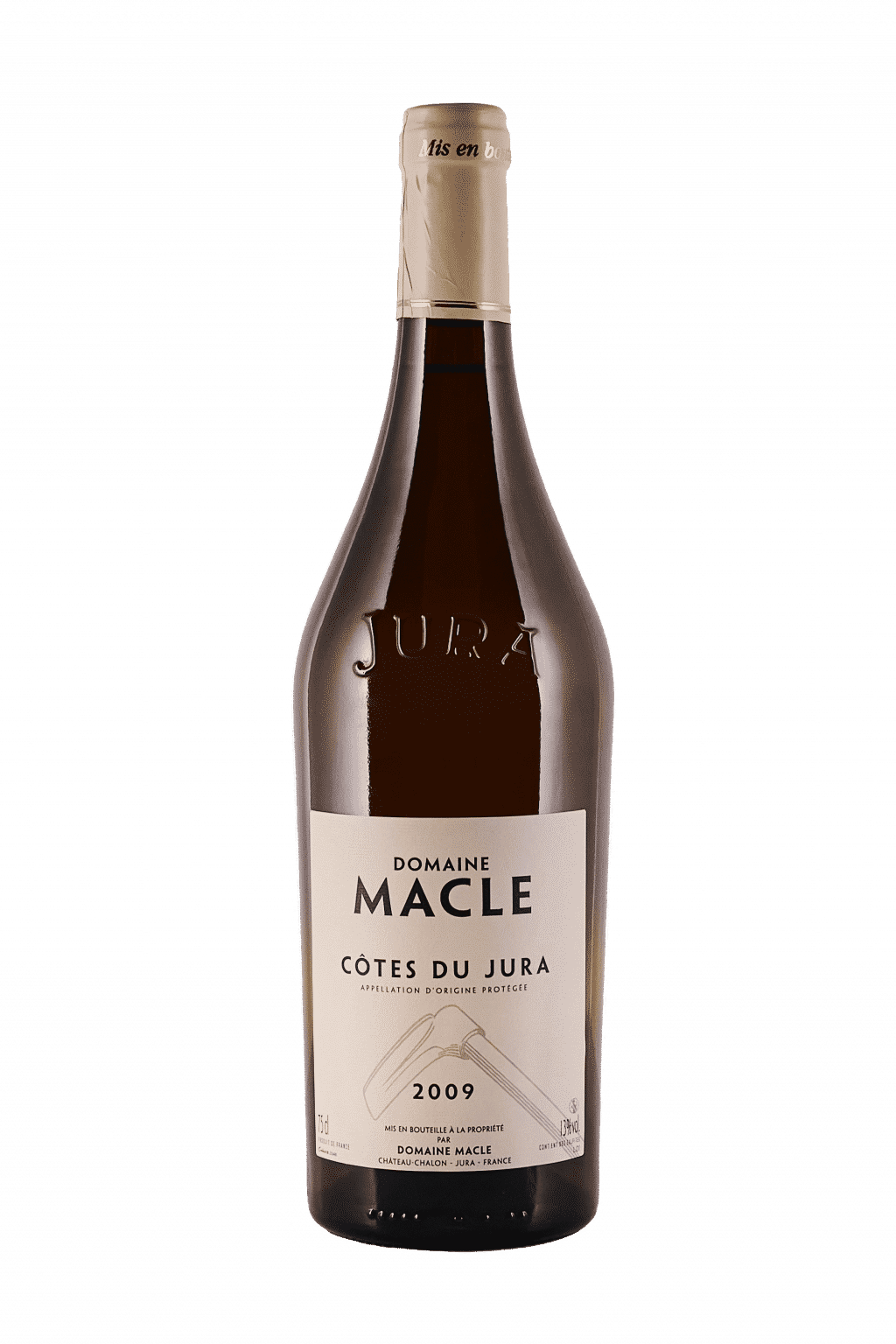 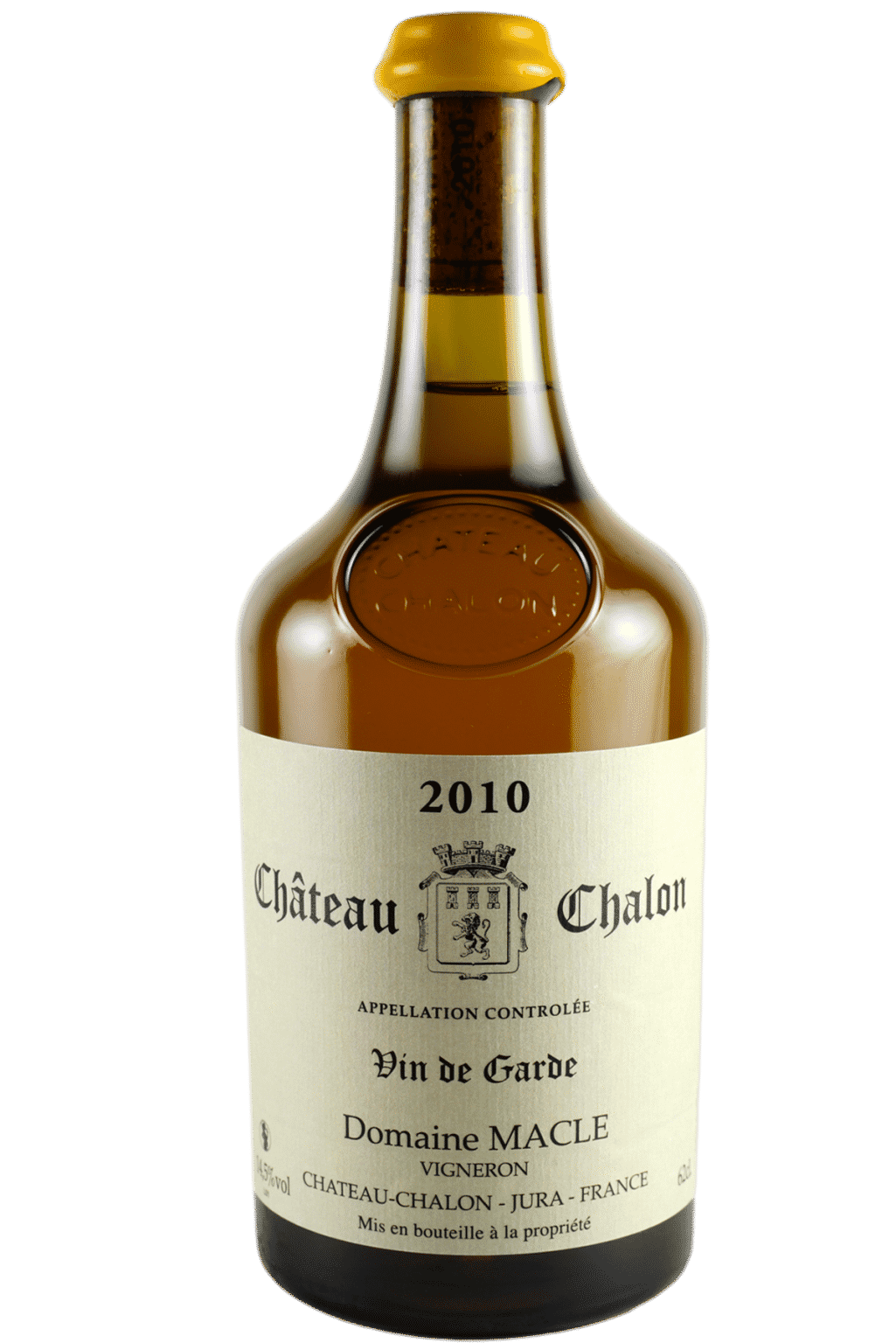 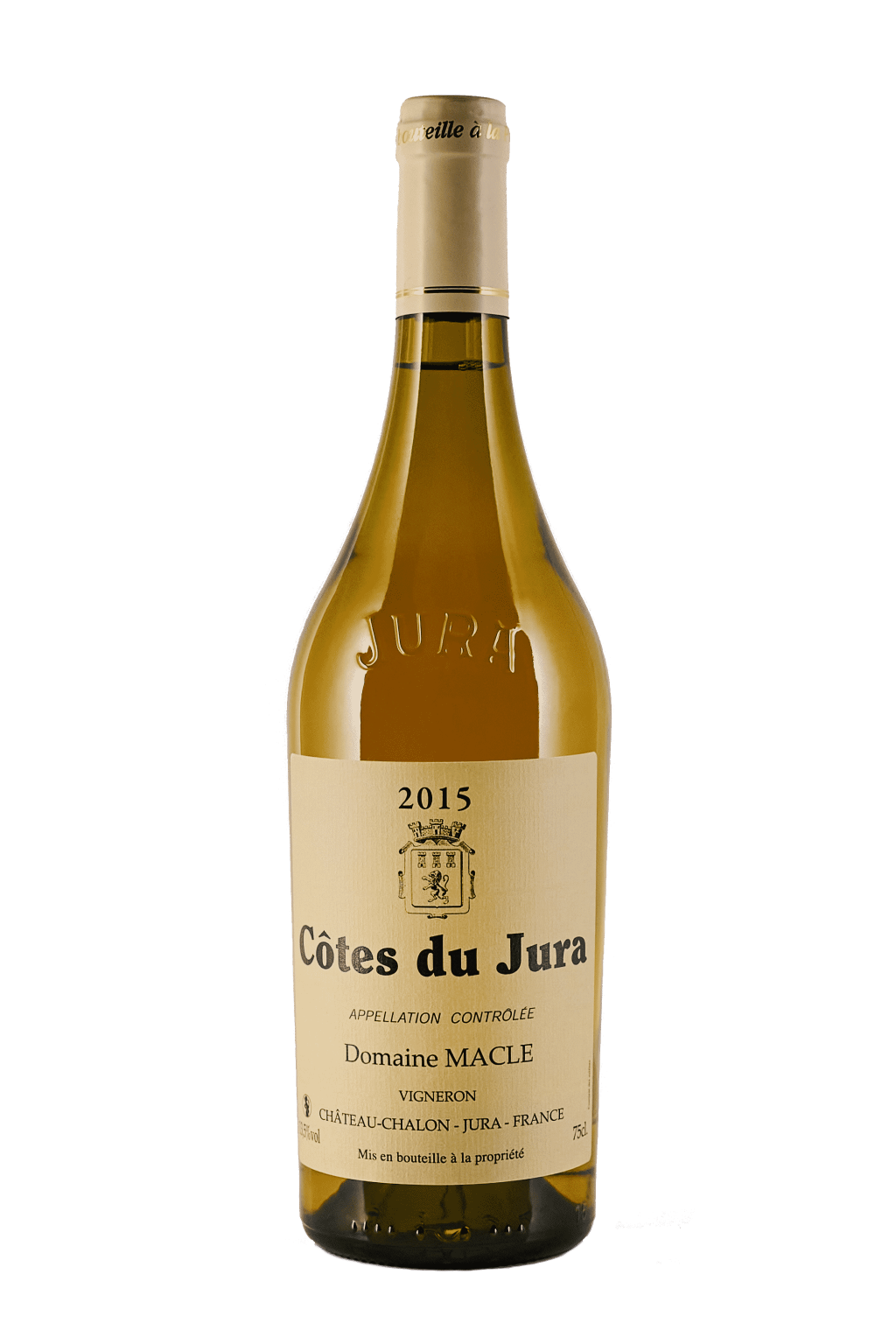 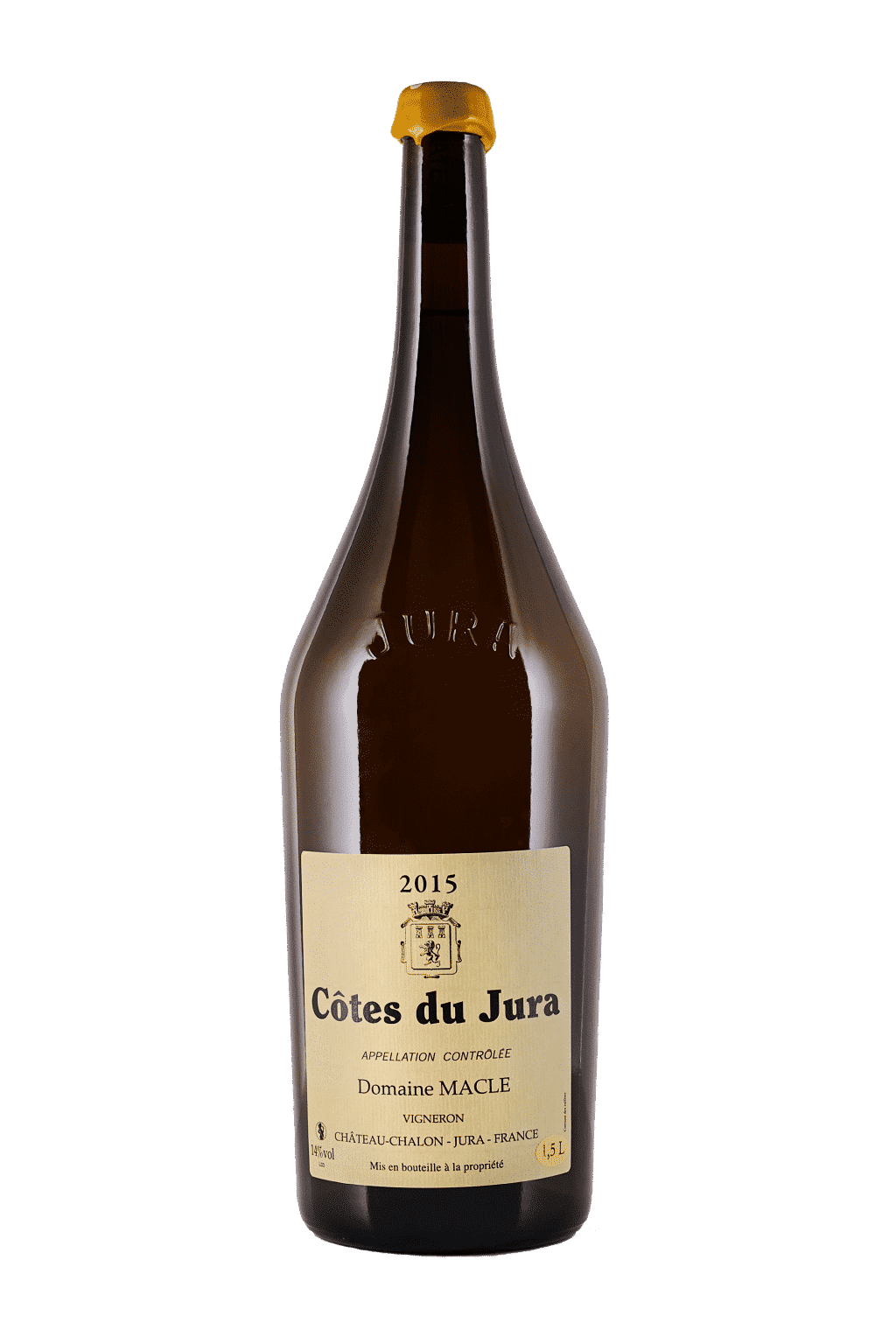 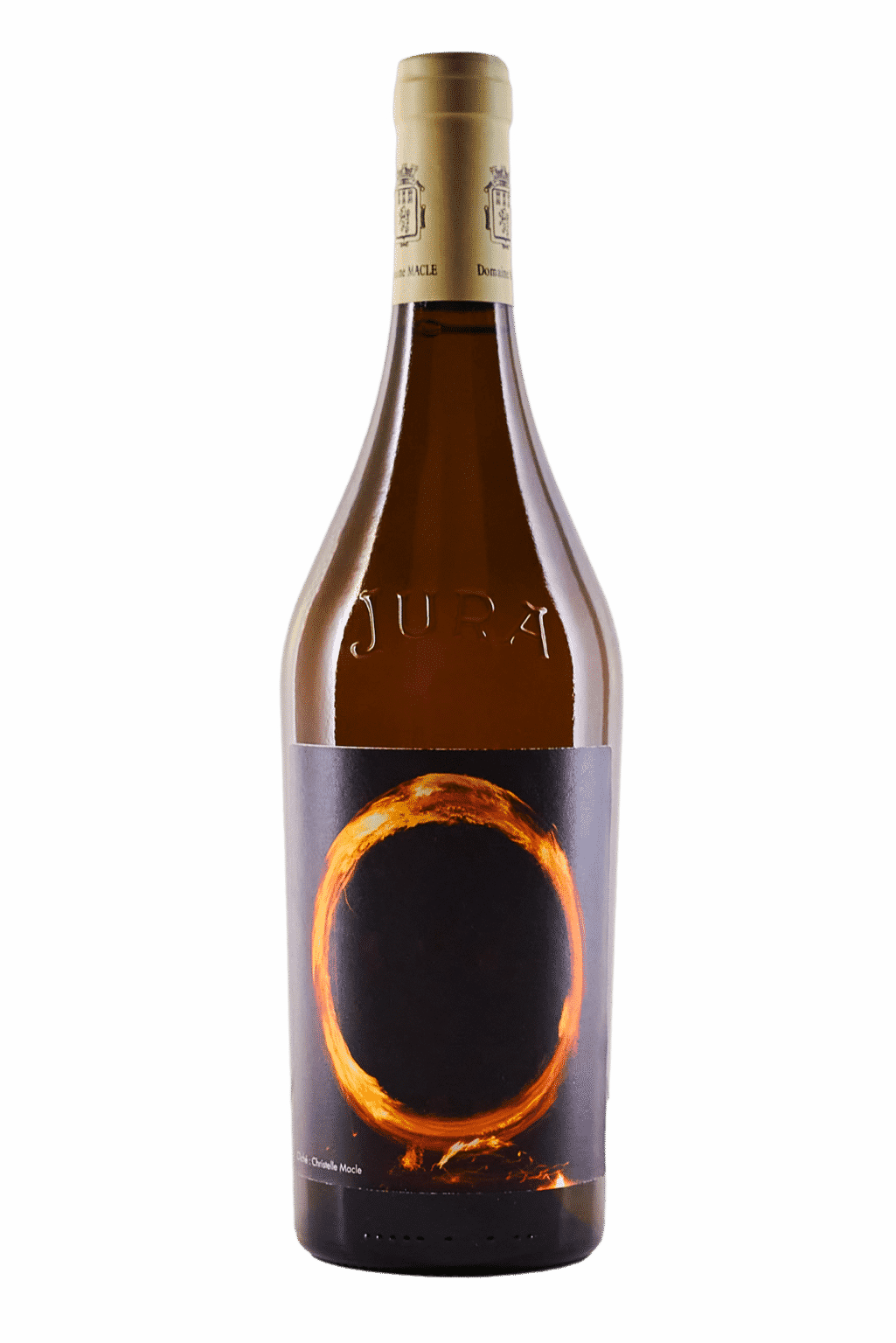 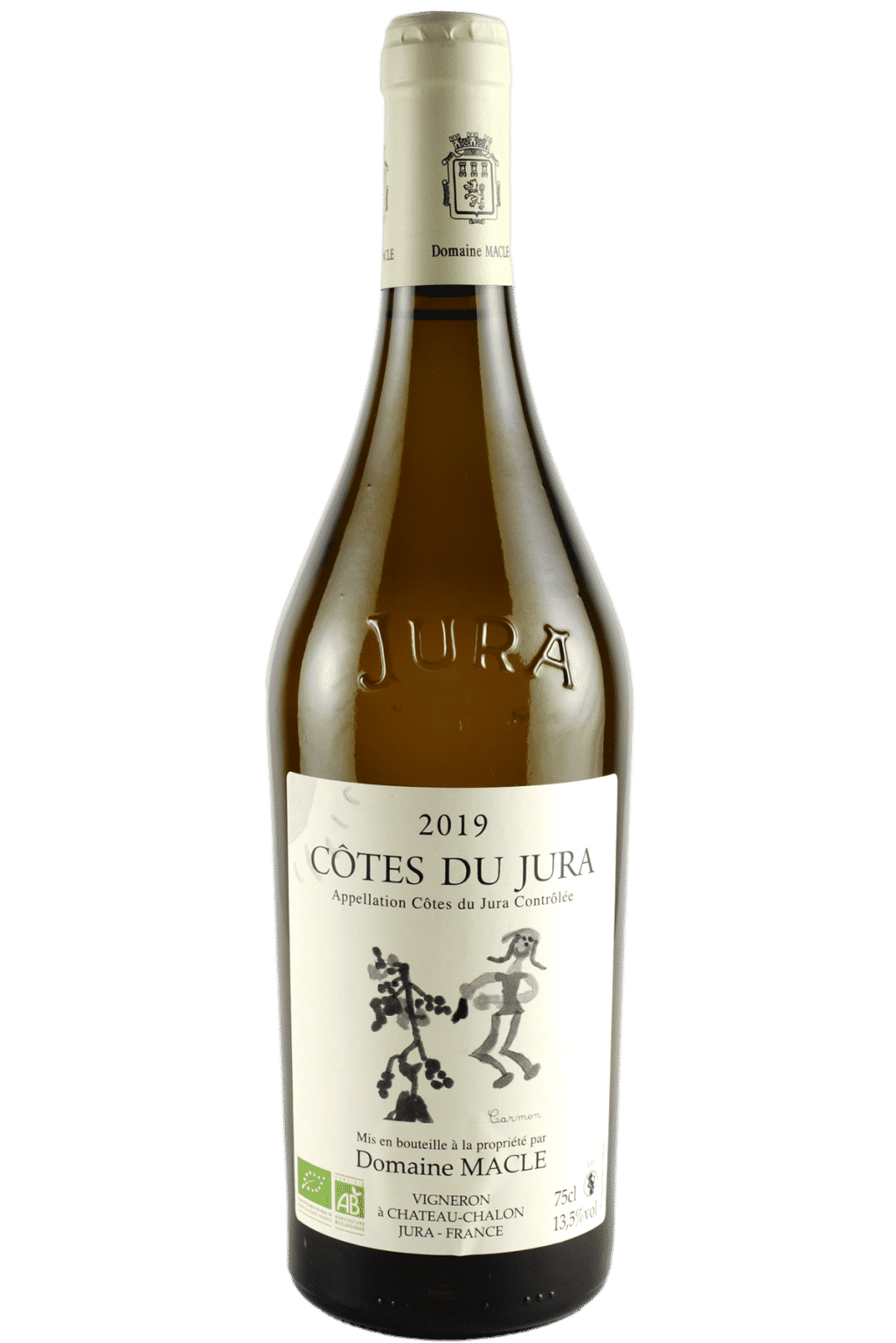 Château-Chalon is the oldest famous of the six Jura appellations of origin. This unique hill of only 19 hectares is home to the extraordinary Vin Jaune made from the Savagnin variety. The grapes are harvested late and then aged in small oak barrels for a minimum of six years and three months, although some producers age their Vin Jaune for up to 10 years or more in barrels. Slightly porous oak barrels, by design, are not completely airtight, and almost the 40% of the wine evaporates over the years. This loss is not filled and a thick layer of flower yeast, which looks like a white foam, develops on the surface of the wine and helps prevent excessive oxidation. This aging method, similar to that used for Fino sherry in Spain, but which in France is specific to the Jura, allows the wine to acquire its distinctive flavors, characteristic of walnut, almond, spices and apple, before its launch. This remarkable dry wine, at its best, is immensely complex and highly aromatic, best appreciated after at least 10 years in the bottle, but it also has the ability, in good harvests, to age for a century or more.

Coming from a long line of coopers, the Macle family settled in Château-Chalon in 1850 to grow wine. Initially they practiced mixed farming, but in the 1960s they focused solely on wine. They cultivate 12 hectares, 8 planted in Chardonnay on the Jura Coast and 4 planted in Savagnin in Château-Chalon.

Laurent Macle is Domaine Macle's seventh generation winemaker. He worked closely with his father, Jean, to produce some of the best Jura wines. They make sous voile or "under veil", a semi-oxidative style of wine. Vin Jaune is not made every year: a committee of winegrowers visits the vineyards to determine if it can be produced that year, depending on the quality of the grape. Jean had an insight into the chemistry of Vin Jaune's production that was second to none and was known as the true master of Château-Chalon. Unfortunately, he passed away in December 2020. His son, Laurent, continues to learn more every year so that one day he can live up to his father's reputation and, why not, surpass him.

The Macle family has a 16th century cave where they store all the barrels for aging. Attached to each barrel is a small spout that sits below the surface of the wine, so that it can be tasted without disturbing the veil of the flower. They maintain a library of their wines and can check if there were any problems with the vintage and storage conditions of each batch.

Breaking a long tradition, Laurent has experimented with producing a non-oxidative wine (ouille) in very small proportions. According to Laurent, after trying other examples of this style, he simply wanted to give it a try. What sets Macle apart from almost all other Jura producers is its ability to deliver clear, diverse and unique flavors, with an undeniable mineral-driven elegance.